At Google I/O 2014, Google introduced many new features of their cloud platform. I think Google impressed all of us with these new features. Google Cloud Tracing is one of the things I am very excited about. It is a way to identify performance issues in our apps in production. Actually, I am not exactly sure which languages and frameworks it will support at the moment. But, it's really impressive.

Google Cloud Tracing is still invite only. This article is based on the Google I/O keynote and my experience based on building a cloud monitoring solution.

This is Google Cloud Tracing

First, you can get a list of requests coming into your app. Then you can search and filter them.

After that, you can select a request and see what's really happening behind the scenes. 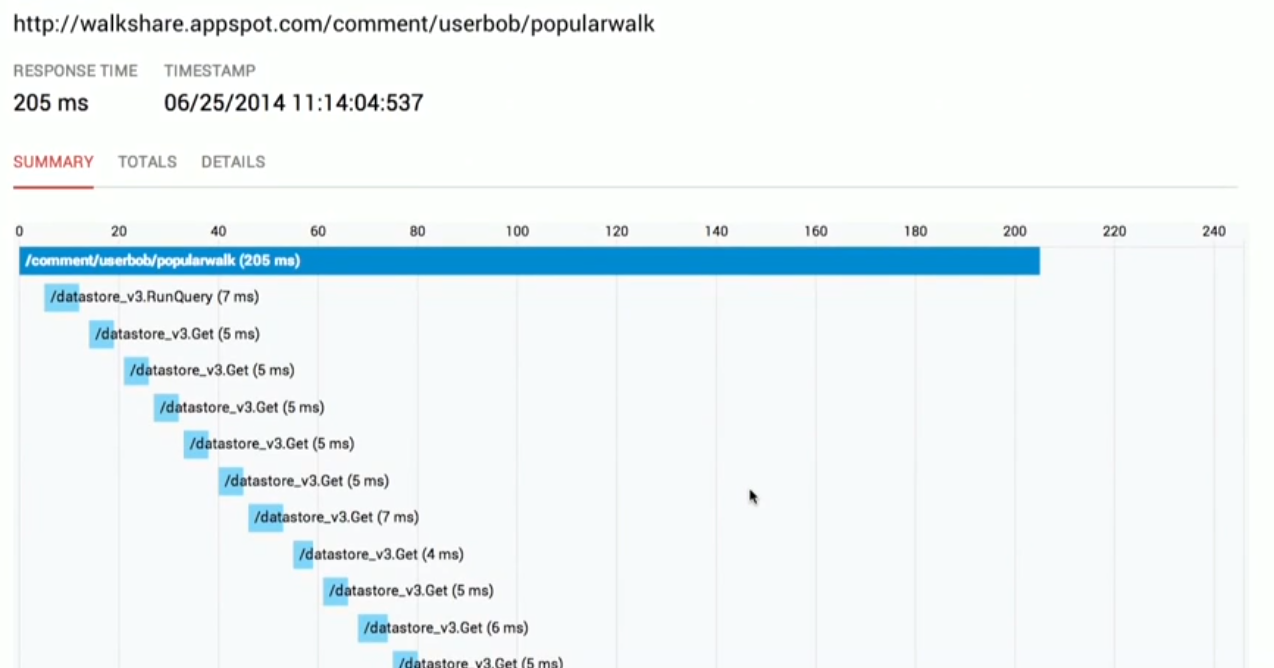 Then you can apply a fix and see the improvement. 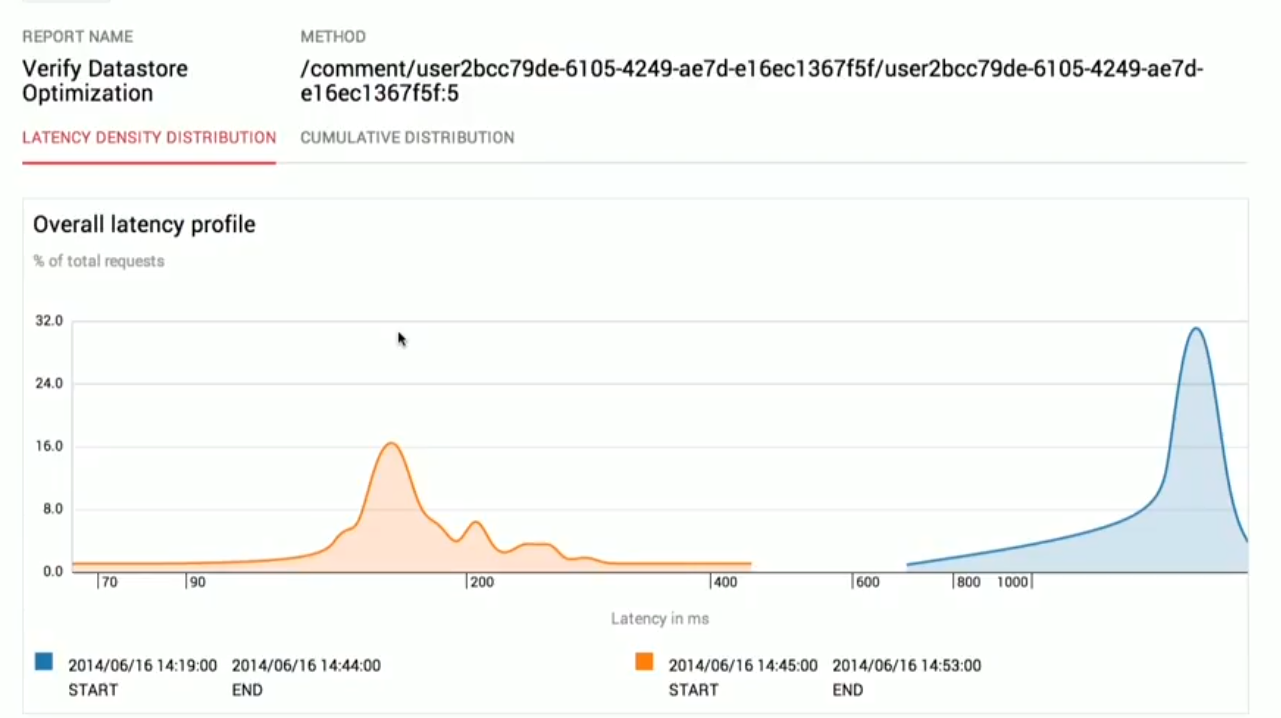 Pretty amazing, right? Yeah. This is nicely integrated into their cloud IDE and the development workflow. That's really neat.

But I have a couple of issues.

I've built a performance monitoring platform for MeteorJS called Kadira, and it has a tracing capability. We tried to do it in a very user-friendly manner and help developers to find the issues that really matter. Let me show you.

Actually, this is not a feature unique to Kadira. NewRelic and some other platforms started doing similar tracing a few years ago.

First, you'll see a real-time graph of the response time of your app. You can also group them by Meteor Method calls.

Meteor Method is similar to HTTP requests in other applications.

Then, when you click on a point on the graph, it will show you a few sampled traces, as shown below.

Then you can click and analyze a trace. In the following trace, it takes a considerable amount of time to send an email. 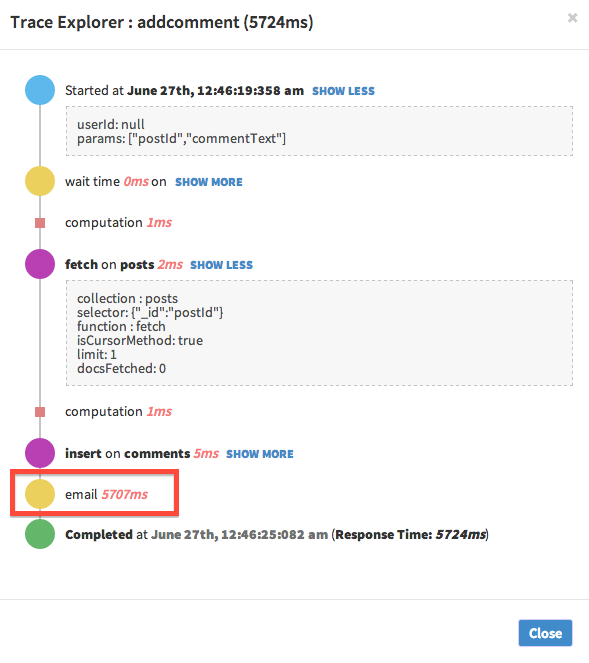 As a fix, we can ask Meteor to do it in the background.

After the fix, we can clearly see the difference by looking at the real-time response time graph.

You can also look at a trace again and confirm the fix.

So What's the Catch?

Google Cloud Tracing is really good because it's directly integrated into the Google Cloud platform. And I hope they'll charge relatively less compared with other providers, such as NewRelic. That's a big win for developers.

Google can improve Cloud Tracing in some ways and help developers to get the most out of it. Actually, they are minor changes. I hope this is just the start. Google Cloud Tracing will be improved a lot in the next few iterations.

Good job, Google! You keep impressing us with these kinds of services.